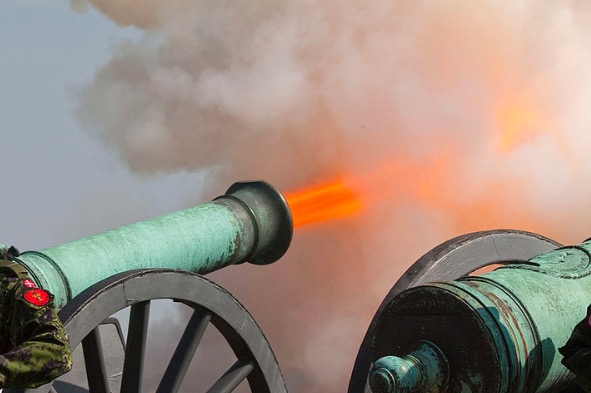 Good evening out there in the world, tonight I’ll be continuing the aphrodisiac run here at 199flags with my list of top 5 fast acting aphrodisiacs. I know that not every situation allows us guys enough time to boost the libido or get pumped before a planned night in the sack with a hottie, preferably Asian.

In fact, my favorite aphrodisiac, cordyceps, does not make this list since it usually takes at least a couple of hours to kick in.

There is a way to speed up the process, which I will share later in this article.

Over the years, I’ve tested over twenty herbal aphrodisiacs and bumped into several foods that get the job done as well.

In this article, I’ll share the foods and supplements that give me the most effective kick in the shortest period.

I will also explain when and how to take them for the optimal effect.

I’ll kick off the party with a food that most men probably don’t think of when they hear the word “aphrodisiac.”

Yup, watermelon! During a liver cleanse I did just a few months ago, I ate a lot of watermelon on an empty stomach for breakfast.

The first morning I ate a watermelon from the Saturday market in Manila, I noticed a sharp libido boost just 15 minutes after eating the melon.

The arousal was so fierce that I ran a Google search to see if watermelon is indeed an aphrodisiac.

I bumped into a Texas A&M study that credited the high level of the amino acid citrulline in watermelon for its aphrodisiacal effect.

Citrulline has a Viagra-like effect on the body because it relaxes blood vessels.

It’s best not to combine watermelon with other foods since it digests very quickly.

Try to eat it alone on an empty stomach, ideally first thing in the morning to get the full effect.

I noticed the sweeter the melon the stronger the effect.

Note: I also noticed that the liver cleanse in general gave my libido a boost.

One of my favorite food supplements is bee pollen because it tastes great, is packed with nutrients, and it gives my manhood a near instant boost.

I wrote about how I discovered the powerful aphrodisiacal effect of bee pollen in a previous article about ED you can check out by clicking here.

In the case of bee pollen, I didn’t need to find any research to back up its effectiveness.

I supplemented with it for about a year straight, and it always gave me a libido boost.

There are a lot of articles claiming that it’s a “potent” aphrodisiac without much scientific evidence to back up the claims.

You should take care to ensure you’re not allergic to bee products before experimenting with bee pollen.

In my opinion, the aphrodisiacal effect of bee pollen stems from the fact that it’s a potent source of nutrients.

It contains roughly 200 substances, including vitamins and amino acids.

I try to take it on an empty stomach.

There’s no need to eat a meal first, at least in my case it’s never upset my stomach.

The bigger the spoonful the stronger the effect.

On a handful of occasions, I took at least a tablespoon before meeting a girl.

Click here to check out the exact same brand I take over at Amazon.

On those occasions, I took three '00' capsules right after waking up with my first glasses of water in the morning.

For this reason, you should be cautious when purchasing it in capsule form.

Yesterday, I wrote about eleuthero root aka Siberian ginseng.

You can check out a capsule machine that will make you a 100 capsules in one swoop by clicking here.

One of my secret stash items that’s making its first appearance on 199flags is Love Potion essential oil.

I love this stuff and have been using it for years.

Whenever I have a girl coming over or am going out for a date, I spritz this stuff in the air and get it circulating.

In my experience, the Love Potion is no joke.

It instantly gets me in the mood, and I’ve seen the effect it has on women.

My last girlfriend in Manila was a fan of it.

She liked when I sprayed it on the bed while she was over.

I will say that the scent isn’t for everyone; it will take some time to grow on you.

Some guys may be turned off just by looking at the packaging, but I don’t mind as long as it gets the job done.

How to use it

I keep a small plastic bottle with a sprayer that can handle water with oil.

A lot of cheap spray bottles get clogged.

You can also opt for an essential oil diffuser.

Also, I only use a few drops instead of 18 as it says on the bottle.

It only takes a few drops to raise the temp in the bedroom a few degrees.

I love me some cayenne pepper.

The best part about cayenne pepper as an aphrodisiac is that it can work alone or mix well with any other food or supplement on this list.

The way I take cayenne pepper certainly isn’t for everyone, especially anyone with an ulcer.

I know when I take cayenne, I get an immediate energy shot.

When I take it along with other aphrodisiacs, it boosts the effects of anything I take.

I buy big bags of non-irradiated cayenne pepper to ensure I’m getting the most benefits from it.

Click here to check out a solid organic option on Amazon that will last you a very, very long time.

When I take cayenne, I mix up to a half teaspoon in a little bit of water and take it quickly, like a shot of liquor.

I love the burn, but I know not everyone can handle it.

The Power of Green Tea

My secret sauce when it comes to boosting the power of an aphrodisiac and making it kick in quicker is green tea.

I’m not going to act like I understand the science behind it, but it’s worked hundreds of times for me.

Even green tea alone gets me in the mood for a wild ride in the sack.

Whenever the girl I’m dating comes over, I drink a strong cup of green tea just before her arrival.

This practice has never failed me.

Click here to check out the exact type of green tea I buy in bulk to save money.

Green tea improves my focus tremendously and gives me a clean energy boost.

When that energy carries over into the sack, it makes for a mighty good time.

I’d also like to add fresh ginger root on this list of fast acting aphrodisiacs as an honorable mention. If you can stomach chewing on fresh ginger, it’ll pay off when it comes time to jump in bed with your girl.

You now have some powerful aphrodisiacs to add to your arsenal, along with proven ways to get in the mood in the snap of a finger.

I’m always testing different combinations and cycles to see what gives me the magic boost.

I also prefer to keep my body guessing or else it gets the chance to build up a tolerance.

By constantly switching things up, I never give my body the chance.

Cheers and best of luck with your girl!

Keep an eye out for more aphrodisiac articles real soon!