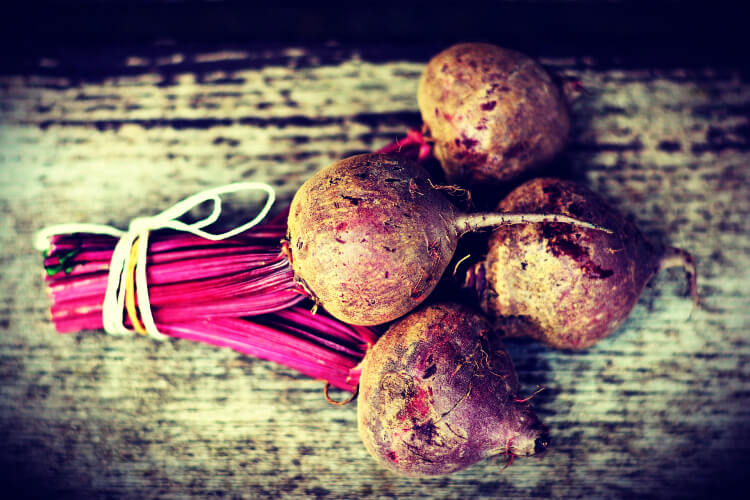 Does SuperBeets work? A lot of supplements on the market come and go, is concentrated beetroot powder any different? These are the two questions we’ll focus on answering throughout my SuperBeets review.

The key promise this supplement offers is a Nitric Oxide boost in the convenience of a water-soluble crystalline powder. People suffering from high blood pressure, erectile dysfunction, bodybuilders, and athletes are all prime candidates for a reliable Nitric Oxide booster.

Nitric Oxide is a proven vasodilator that widens blood vessels by relaxing their inner muscles. It’s easy to see why NO’s mechanism is advantageous for anyone on the hunt for increased blood flow.

There are currently several versions of SuperBeets powder available that I added to the chart below.

After investigating the HumanN website, their line of products, the people involved, and the company history, they do appear to be legit. Out of the long list of companies I’ve reviewed, HumanN is one of the most professional.

It’s obvious that they put the time in to test their products, mold their website, and create a unique image without going overboard. Oftentimes, supplement companies throw around lofty health claims with zero scientific evidence to back up their claims.

HumanN has enough science to back up the efficacy of its product line. Does that in itself make SuperBeets worth the price? No, but it’s a start.

HumanN is a fairly new company that started in 2009 under the name “Neogenis.” Their flagship N.O. booster Neo40 launched in 2011, giving the company enough of a foundation to expand rather quickly.

By 2013, the company introduced SuperBeets to the “functional food market.” In 2015, the company found huge success through the power of Neo40 becoming a #1 physician-recommended Nitric Oxide supplement.

Once company growth skyrocketed, Neogenis rebranded and became known as HumanN in 2016. Since then, they’ve been featured in reliable scientific studies, one of which can be found on PubMed.

A 4-week study at the University of Iowa concluded that SuperBeet powder indeed works to regulate blood pressure levels.

Overall, HumanN as a company is trustworthy, unlike a lot of unscrupulous supplement companies that go as fast as they came with a fistful of dollars.

Now that you know HumanN is legit, what are current SuperBeets users saying? Are they experiencing the advertised benefits?

I did a deep dive into the current reviews of each version of SuperBeets to see if these concentrated beetroot crystals are the real deal. According to HumanN, each teaspoon of SuperBeets powder is equivalent to Nitric Oxide in three whole beets.

The company selects only non-GMO beets (not organic) with the highest nitrate levels to ensure the end product optimizes the body’s Nitric Oxide potential. Here’s what I concluded after investigating user reviews.

Overall, the reviews mostly weigh in a positive direction. The Original formula has the most negative reviews of the bunch, however, there aren’t enough reviews for the other formulas yet to give a completely accurate comparison. 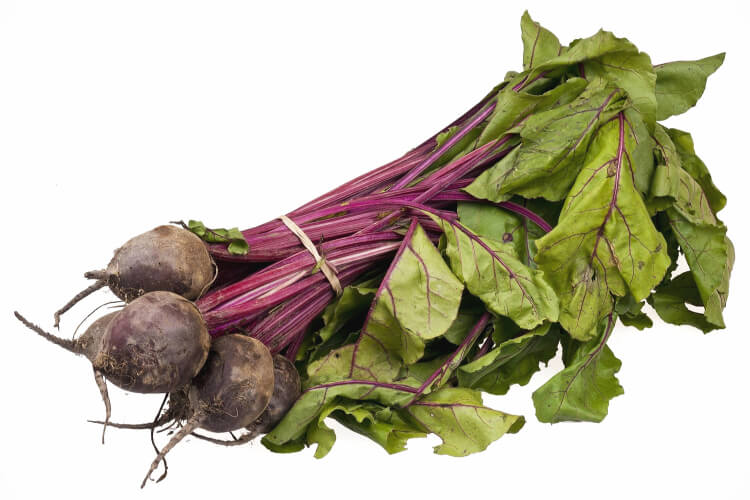 Perhaps the greatest pro of buying SuperBeets powder is the convenience factor. If you’re someone who enjoys the benefits of drinking fresh beetroot juice but doesn’t have access to fresh juice daily, SuperBeets is an excellent choice.

There’s enough science to prove SuperBeets works, which is more than most supplement companies offer. However – and this is a big however – I wouldn’t expect the world from this supplement. For the borderline hefty price, your money may be best spent elsewhere.

A couple of jars is equivalent to the price of a brand-new juicer that would last you years. Plus, you get the added advantage of making your own juice blends with other veggies that boost Nitric Oxide such as citrus fruits, pomegranate, or my personal favorite, watermelon.

I used the old-school version of the Jack Lalanne juicer for years and absolutely loved it. These days, there are loads more options.

There are reliable juicers that cost even less than 2 jars of SuperBeets. My biggest qualm with a supplement like this is the company uses mostly general science to back up the efficacy of the product line.

There’s nothing that’s so fantastic about crystallized beetroot powder that it can’t be replicated by another company for a cheaper price.

Is there a better alternative to SuperBeets?

One of my favorite companies, Bulk Supplements, sells beetroot powder for a fraction of the price. Click Here or the image below to view the current price for a 500g bag. 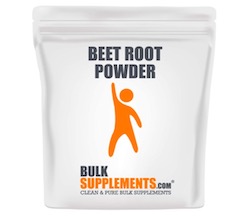 The overall reviews are also a lot better than what I found during my SuperBeets review. If you’re a bodybuilder on a budget like me, Bulk Supplements is usually the obvious choice.

How much does SuperBeets cost compared to other brands? The price per ounce of beetroot powder from Bulk Supplements is under $1, while HumanN’s Original blend currently extends beyond the $7 mark. Should you be paying 7X the price for beetroot powder?

A second option is the KOS that sells beetroot powder for a much cheaper price than HumanN charges for its blends.

All in all, I think it comes down to your preference. Everyone loves certain brands and believes in those brands. If you feel as though HumanN supplements deliver benefits you’re not getting from cheaper alternatives, then stick with HumanN beetroot crystals.

If one thing is for sure, SuperBeets is not a scam product. Is it worth the price? That’s debatable. Personally, I prefer to drink fresh beetroot juice over powders.

If you’re a bodybuilder, there are better N.O. boosters on the market, in my opinion. There are also more affordable options.

Lastly, it’s always important to consider that natural supplements don’t work for everybody. If you want to know for sure whether you’ll love SuperBeets, it’s best to buy a single jar to test before going all-in on a subscription or multi-jar package.

Let your results guide you.

Is it HumanN’s fault if the product doesn’t work? No. No supplement company can guarantee 100% effectiveness.

In my estimate, there’s about a 30-40% chance of not achieving the desired results from this product.

Let’s discuss side effects. While analyzing the reviews, here are the SuperBeets side effects I identified reported by users:

These are the side effects I discovered that appear valid.

Here’s a list of common complaints I found reported by users:

Where to Buy SuperBeets

The best deal I found is currently online. There’s also the option to subscribe, which affords you a deeper discount on each jar and shipments every month on autopilot.

HumanN sells all of its products directly through its website as well.

What are the benefits of SuperBeets? Below are the main benefits of taking beetroot powder supplements:

Most of the science behind beetroot powder supplements hinges on the effects of drinking beetroot juice rather than clinical trials.

A majority of supplement companies can’t afford clinical trials. This is the main reason there’s limited science to go off when buying almost any natural supplement.

HumanN does provide evidence, and it’s one of the things I like most about them. Company transparency isn’t easy to find in the supplement world.

The most important thing to remember is you may not be one of the lucky contestants who experiences the full suite of benefits that others experience when they take beetroot powder.

I drink a lot of fresh beetroot juice, and it doesn’t give me the same energy boost as a strong cup of green tea, nor would I expect it to.

I personally find it hard to believe that people are replacing coffee with beetroot powder. That’s one point to consider before you buy.

In closing, yes, SuperBeets does work. It’s not one of those complete scam supplements that are get-rich-quick schemes.

Does it work for everyone? Certainly not.

I’ve reviewed a vast number of supplements, and SuperBeets has a lot more negative reviews than I like to see. It’s not a product I would recommend as a first choice or jump to buy myself.

HumanN as a company is trustworthy and stands behind its products. That’s one of the clear advantages of buying SuperBeets.

Other than that, there’s not a whole lot that sets this supplement apart from more affordable alternatives. If you’re committed to taking a beetroot powder supplement, you may want to experiment with several brands to see which one works best for you.

If not, you could get stuck in a perpetual cycle of overpaying for a flashy beetroot powder that’s no better than its competitors.

If you’re a bodybuilder, there’s a really good chance that SuperBeets is not for you since bodybuilders typically require higher doses of supplements and buy in bulk to save money.

There’s absolutely not enough evidence to suggest that beetroot powder is an effective treatment for ED, although, it may work in conjunction with other natural remedies.

I recommend this article for superior ideas.

The bottom line, proceed with caution and temper your expectations before you get SuperBeets.