When it comes to Asian women, it’s tough to compete with Thai girls.  They are fiery, sensuous, petite, feminine, varied, and sometimes sweet as pie.

Dating a Thai girl puts dating in the Western world to shame.  Good luck finding a Western girl who will cook, clean, massage, work, and take care of you in the bedroom.

The best way to meet Thai women is by using the best Thai dating sites.

A lot of guys go to Thailand to date Thai girls or find a Thai wife to bring home.  I personally wouldn’t recommend bringing a Thai girl back to your home country, mainly because Thailand is an AWESOME place to live.

You could also destroy her purity due to the negative influence of the Western world.  Asian women in Asia are awesome, but the Asian women born and raised in America are a whole different story.

I’m a 32-year-old guy who has been to Bangkok over five times.  Each visit gets better because I develop a deeper understanding of the women and which dating sites work best.

Every experienced online dater knows there are a ton of gimmick sites out there.  That’s why I am going to share with you the 5 best Thai dating sites I use to consistently score in Bangkok.

The best sites ranked in order of quality (lowest to highest):

Below I outline my 5 favorite Thai dating sites ranked from worst to best.  I’ll give a quick rundown of the pros and cons of each.  Then I’ll share my experience.

At one time, Dateinasia.com was THE Asian dating site.  It was easy to pluck cute Asian girls from all over Southeast Asia.

Unfortunately, those days are over, although, the site does still work.  During my first journey in the Philippines, I found a ton of hot Pinays on here.  I later used it in Thailand with some success.  Don’t count Dateinasia out before you try it.

It’s free to use and does have a lot of users.  Men can find girls from pretty much any Southeast Asian country.

However, the chat platform isn’t the greatest.  If you’re interested in a girl, you’ll most likely want to bounce the conversation to the Line chat app.  Almost every girl in Thailand uses Line instead of Whatsapp or Viber.  I’m not a huge fan of Line.

I’ve had a lot of success using Dateinasia, but that was back in 2013-2014.  I signed into the site less than a year ago, and it still looked like it had some potential.

I mainly used it during my first trip to the Philippines.  The quality was decent.  I ended up wasting a lot of time making leads on the site. I was only a rookie at the time.  The quality of my dates skyrocketed once I started hitting the streets more and using Filipino Cupid.

Overall, I don’t recommend spending much time on Dateinasia.  There are better sites to use that I will discuss next.

If your budget is super low, go ahead and use Dateinasia – just don’t expect high-quality Thai women.

My overall Dateinasia score is mediocre.

Badoo is a great dating site that works almost everywhere.  I recently noticed an older gentleman on Badoo and realized how far the site has come since I first started using it years ago.

A few years back, Badoo was mainly in the Caribbean and South America.  Now, it is everywhere.

The rate of success on Badoo depends on a man’s online and text game. If you don’t know how to close or convince a girl to meet you, you’ll get drowned out by tons of other guys hitting on the girls.

Guys from all over the world can change their location to a Thai city to hit on girls or try and convince them to do a video chat for you know what.  This is offputting for a lot of girls and, in turn, hurts your chances.

My Experience Using Badoo in Thailand

I’ve used Badoo in Bangkok.  I did find success with a pretty girl after using the site for about an hour.

I think men who put in the time can definitely score some hot girls off Badoo.

My overall Badoo score is mediocre but worth putting time into for finding diamonds in the rough.

Thai Friendly is probably the most popular Thai dating site, and it’s an absolute carnival.  It’s flooded with both men and women and has a better girl-to-guy ratio than Dateinasia.  If used correctly, men can pick up some seriously hot Thai girls.

The free option can and will cause problems.  Guys bombard the hottest girls, and there’s a lot of creepers on there who freak the women out.  There’s an option to post messages directly to girls’ profiles.

A lot of guys who aren’t willing to pay will send the creepiest messages to girls begging to meet them.  It makes me wonder if they’ve ever talked to a girl before.

This is the huge con for some – LADYBOYS!  There are a ton of ladyboys on the site.  Thai Friendly had to create a filter to search for ladyboys.  If you’re into ladyboys, this may actually be a huge PRO, lol!  Personally, I’m only into females.

If you use the search filter, it’s easy to avoid the ladyboys, however, expect them to message you.

I paid to use Thaifriendly a few times and can recommend it.  I met some hot girls on it and picked up some quality scores.

I like to get in and out.  I’ll send a ton of messages, then see who responds, and finally, plan my dates.

My favorite aspect is the number of girls using it.  Whenever I signed on, there were a ton of cuties online.  If you’re a paying member, the response rate is high.  Overall, Thai friendly is definitely one of the best Thai dating sites.

My favorite sites worldwide are always the Cupid sites because I have to pay to chat.  This means fewer men to compete with and a lot more available women.  Girls always seem to flock to the Cupid sites.

If you’re staying in a crowded hostel on Khao San Road, expect to encounter low quality or a girl who’s been with at least 50 Westerners before you in the same hostel.

I’ve used Thai Cupid to successfully meet women during each of my sojourns in Bangkok.

I also used Thai Friendly recently with great results, although, it was more time consuming than Cupid or Tinder.

Even with minimal game, men should be able to find interested girls.  Age gaps shouldn’t be a problem either.

Tinder – as many of you may know – is always my go-to, worldwide.  I’ve used it with loads of success.

Check out this post where I racked up nearly 700 matches in less than 24 hours in Bangkok.

My last trip to Bangkok, I pulled in a few girls with barely any effort.  They even came straight over.

Although, I was able to score with little effort.  If you play the numbers game and know how to use Tinder effectively, scoring on Tinder is highly possible.

Men who don’t how to properly use Tinder will find that it’s a bunk app that won’t get them very far.

I always see guys complain about Tinder because they don’t know how to use it.

Check out my post on why you have no matches on Tinder.  It’s one of my most valuable posts.  I’ve had guys pay me to reiterate a lot of the information contained in that post.

Tinder is like WordPress.  Out of the box, it lacks functionality.  For men who know what they’re doing, it’s the best dating app available.

I’ve been working my tail off lately and am still picking up casual scores on Tinder.

Every guy is different, what works for one guy won’t work for another.  I also understand there are guys from all different age groups reading this article.  Older guys most likely won’t do as well using Tinder.

Tinder is best for guys in their 20s-40s who know how to post good photos and have quality text game.  If your text game is in the gutter, you’ll fail.  If your photos are bad, you’ll fail, and so on.

Guys of all ages will do well with Thai Cupid.  Older guys will definitely do best.  There will be girls who want marriage, probably a few gold diggers, and women who aren’t going to judge you based on your game.  The limited competition also makes it a lot easier to find girls.

On Tinder, there are a ton of guys hitting on every girl and trying to get them straight to their place.  Most guys don’t know how to ask.  They kill their chances from the start by being too forward and then wondering why they failed.

I’ve been doing this for so long that it comes naturally to me.  I don’t think twice about what to say to girls, I don’t overvalue girls or ever dwell on a single girl, and I really don’t care anymore.  My last desire is to try and superficially impress women.

Any guy who thinks a woman is out of his league is merely a guy who hasn’t reached his full potential.

From my years of experience, I’ve learned that a lot of this is luck and playing the numbers.  Some girls like me while others won’t.  Then there are the girls on the fence who I need to use my experience to catch.

Westerners should be able to scoop Thai girls fairly easily.  There are a lot of Thai pros and ladyboys so always be careful about who you meet.

I’ve been on so many dates that I have a good feel for who is worth my time.  Time is valuable, don’t waste it hitting on girls who don’t want to meet. 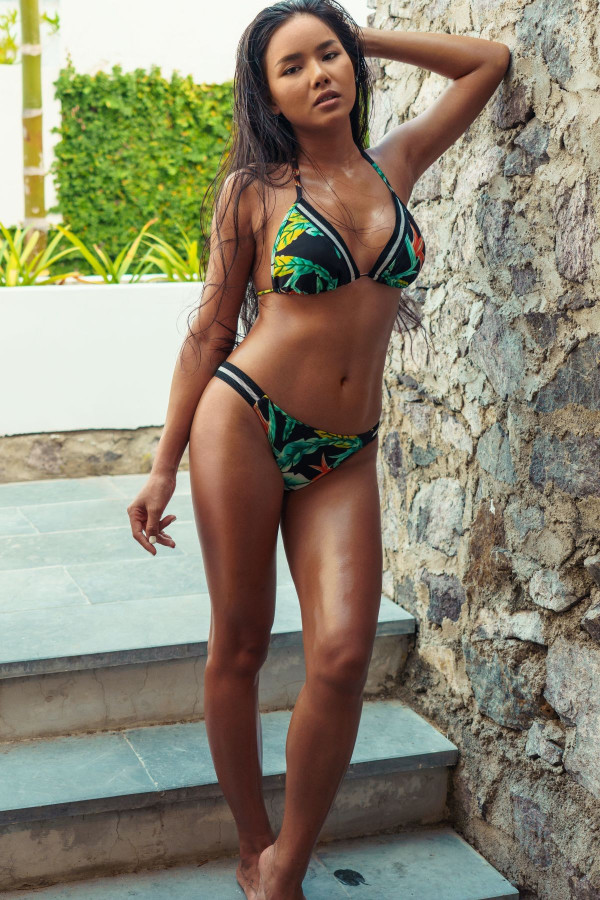 Stop getting tricked by scam dating sitesAre you ready to meet REAL Filipinas?