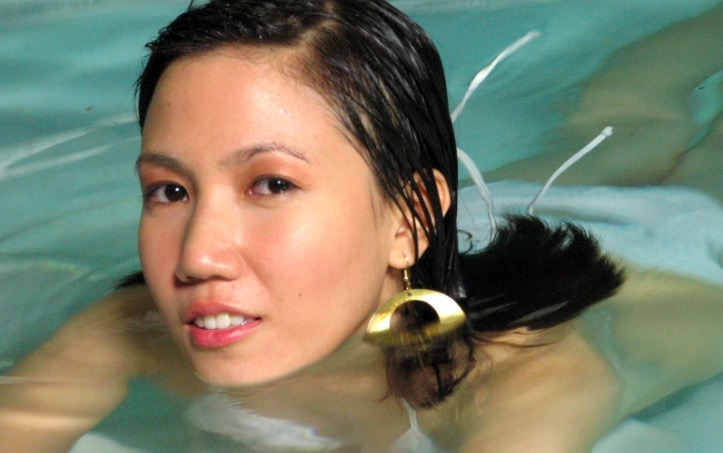 So you’re in the Philippines or talking to Filipinas online and you want to know if the girl on the other end is into you.

Well, you’re in the right place.

I’m 199, the head gallivanter in charge in here, and I’ve spent years in the Philippines.

During my time there, I jumped between islands and met women from all different parts of the islands.

My first trip to the Philippines in 2014 was a game-changer for me.

Ever since then, I’ve been living the nomadic lifestyle.

But that’s enough about me.

Let’s discuss the signs that a Filipina likes you enough to escalate.

Feel free to use the table of contents to skip right to the signs, or pick up some good info on dating in the Philippines below before diving in.

What to Expect in the Philippines

If you are a foreigner who is used to dating in the Western world, get ready for a different approach in the Philippines.

In my opinion, Manila is slowly becoming the same as dating in the Western world.

However, there are cultural roots that stay intact through thick and thin.

These are the roots I held onto my final year in Manila.

These same roots led to me dating genuinely feminine Pinays who weren’t tainted by Western influence. 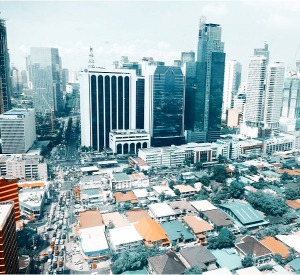 Depending on where you are or plan to go to in the Philippines, there are certainly different methods to use.

For example, in Manila, there is a lot more competition than in Mindanao.

If you’re not accustomed to current Manila, it could be a letdown for you and may not offer the true taste of dating a native Filipino woman that other islands can offer.

Click here to check out my Davao guide if you’re feeling adventurous.

If I planned to go back to the Philippines today to meet women, I’d undoubtedly skip over Manila.

If you’re new to the Philippines, Manila will always be the easiest place to meet women and feel comfortable as a foreigner.

If you get to experience true Filipina dating, consider yourself a lucky man.

A lot of Pinays I met in my travels were some of the most wholesome and beautiful – both inside and out – women I’ve ever met in my life. 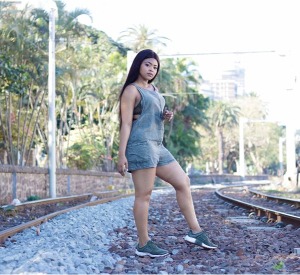 They went out of their way to make me feel good.

They also possessed the feminine traits that turn me on the most.

I’ve fallen in love in the Philippines several times, let me tell you.

And you can do the same if you play your cards right.

Even though it’s more competitive in the Philippines nowadays than it was just a few years ago (mostly in Manila), if you exhibit patience and charm, it’ll go a long way.

My complete guide to dating Filipino women is an excellent resource with additional tips to supplement this article.

Do you want to start chatting with beautiful Pinays online and have the chance to meet them in real life? Click Here to sign up free for Filipino Cupid and start your epic dating journey!

Pinays LOVE to laugh and adore guys who make them laugh.

This goes for most women in the world, but especially for Pinays.

If she thinks you’re funny and can’t stop smiling around you, then it’s a sure sign that she’s into you.

If she’s with her friends, ask her to step aside for a minute.

At this point, you should ask for her number, which will lead to a successful date.

If this same scenario happens at the bar, there’s no telling how soon you may be upgrading your night, if you know what I mean.

Pinays love to tease, and they are clever.

They are good at finding ways to get under your skin before they even know you.

That’s just one of the innate abilities they possess.

During my early days meeting Filipinas, I would sometimes let their smart comments get to me.

Eventually, I realized that they are really good at making witty remarks and testing a man’s patience.

If she is making witty remarks about you with a smile on her face, this is a sure sign that she’s into you.

You may think that she’s making fun of you, but she’s not.

Patience is easily a top 3 most important determinant to successfully engaging any woman.

She’s asking you ten questions at a time before you have time to answer the first.

Most of the Pinays I met during my years in the Philippines were very inquisitive.

Although, unlike other parts of the world where most women run the same script to test men, Pinays are genuinely interested in you.

I’m not saying they don’t run scripts, because they do, especially in Manila, but it’s easy to tell the difference between a script and true interest.

The best way to get past the interview is to cut off her questions with a joke or change the topic.

She’ll retreat once she realizes that she’s bombarding you with questions.

This is just another one of those preliminary humps to get over when first meeting a Pinay who likes you.

One tip: be careful if she is aggressively asking you questions in a hostile tone. This usually means that a foreigner hurt her, and now she wants to make any foreigner she comes across as miserable as humanly possible. Remember, misery loves company.

She asks you to meet before you ask her.

I can’t stress this enough.

It’s amazing what a little patience does, especially if you are using Tinder where every guy is treating them like call girls.

Most guys are asking Pinays to meet in the first message.

This means you have a much better chance of meeting her if you have a normal conversation.

I can’t tell you how many times this approach has worked for me.

I’ve used this technique exclusively in other Asian countries where getting girls to meet for dates is more difficult.

The power of patience can’t be understated or undervalued.

Play hard to get.

If you ask to meet too soon, you’re making it too easy for her.

Pinays usually don’t care about looks as much as other women.

If you are willing to talk to her and be friendly, you’ll already be a step ahead of almost every other guy who’s messaged her.

TIP: Be careful if a Filipina asks you to meet in the first few questions. Then asking you where you live. It’s a ladyboy or pro almost 100% of the time. Even if it is a girl, I’d skip meeting her. There’s no telling what notch you could be on her belt.

You made solid eye contact with her before she went into hiding and would not look in your direction again.

A lot of Asian girls are very shy, and this trait holds true for some Pinays.

While they are not near as shy as girls in other Asian countries, there are still a lot of Pinays who are shy.

My last girlfriend in the Philippines was half Chinese and shyer than most other Pinays.

Although, she had the curves of a Pinay and thinking about her right now, brings back good memories.

She embodied the mystical nature of Pinays that I revere.

Don’t be afraid to approach a Filipina once she starts acting shy.

She may even continue to act shy after you open a conversation with her before warming up to you.

All that matters is the first eye contact you had made and the connection you felt when you made it.

Filipinas are lovely women, and I’ll always love them.

My first trip to the Philippines was so magical and healing that I wrote an entire book about it.

In my book, you’ll also learn lesser-known places to go to meet Pinays and the best ways to approach them.

I included all the steamiest details.

Be sure to keep an eye out for the 5 signs I mentioned next time you meet a Pinay for a date.